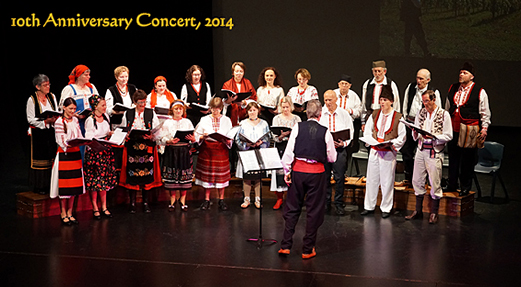 Christchurch choir, Musica Balkanica is an amateur a cappella choir, formed in 2004 by enthusiastic singers from the Balkan region and New Zealand. Our primary aim is to celebrate and "spread the joy" of the wonderful and large musical heritage of this region, in both sacred and folk genres.

The sacred pieces, from Eastern Orthodox tradition (many from the Divine Liturgy), date from Byzantine times to last century. The folk songs cover the whole range from wistful love-songs and patriotic laments to drinking songs and frantic village dances. Some folk pieces are accompanied by a tapan - a large, double-sided Bulgarian drum, played with two different sticks to produce bass and treble notes.